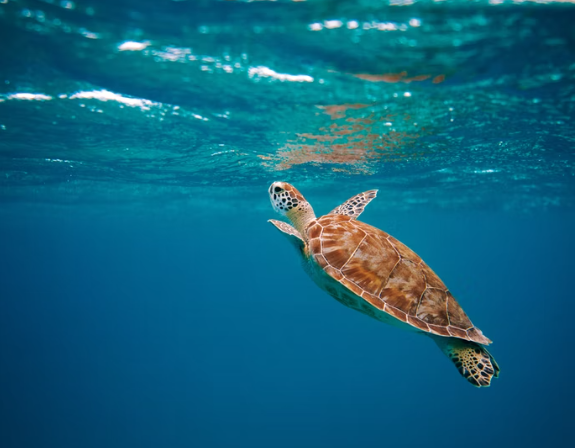 DNA “fingerprints” left behind by sea turtles offer scientists a simple, powerful way of tracking the health and whereabouts of these endangered animals, a key step forward in their conservation.

A study led by University of Florida researchers is the first to sequence environmental DNA, or eDNA, from sea turtles — genetic material shed as they travel over beaches and in water. The research project is also the first to successfully collect animal eDNA from beach sand. The techniques could be used to trace and study other kinds of wildlife, advancing research and informing conservation strategies.

“We wanted to test the boundaries of this technology, which hadn’t really been applied to sea turtles before and certainly not on sand,” said David Duffy, UF assistant professor of wildlife disease genomics and Rising Star Condron Family Endowed Assistant Professor. “This is a way to survey areas for elusive animals or species that can be hard to study otherwise. It’s essentially wildlife forensics.”

Nearly all of the planet’s sea turtle species are endangered and face a multitude of threats, including warming temperatures, habitat destruction and degradation, disease, hunting and pollutants such as plastics. Conserving sea turtles is further complicated by the fact that…