Leveraging AI to increase the value of museum collections

Earlier this year, Nicolas Gauthier joined the Florida Museum of Natural History as its first curator of artificial intelligence, part of a broad initiative by the University of Florida to spur innovation in AI and data science.

Gauthier has spent over a decade studying the cultural history of ancient civilizations and the ways in which people have interacted with their environments and each other over long periods of time. But Gauthier doesn’t consider himself a traditional archaeologist. 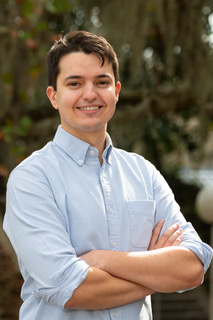 “I don’t really go into the field, but I’m someone who knows that data and can work with it,” he said. “My goal with my research is to take archaeological data, translate it and make it useful to people in multiple disciplines.”

The translation of data and concepts across fields of science and the interdisciplinary collaborations that form as a result have led him down a variety of research avenues, in which he’s tackled old problems with new technology. “I don’t focus on a specific culture. Instead, I try to get up to speed with a new dataset or time period or culture as quickly as possible.”

Those cultural contexts have ranged from Mediterranean hunter-gatherers at the tail end of the Pleistocene through the advent of farming to the disruptive effects wrought by a changing climate on Indigenous communities in the American Southwest. In each case, Gauthier looks for parallels that run through vast spans of time and space. The solutions to the modern issues of sustainability, environmental stewardship and climate change, he contends, lie mirrored in the ways our ancestors dealt with the same problems.