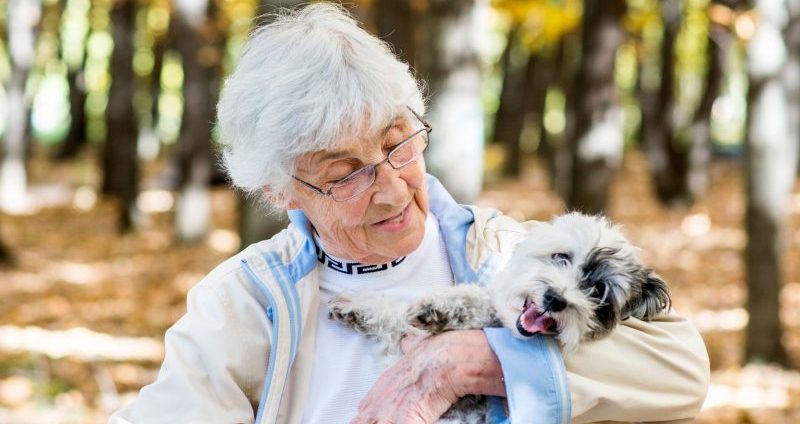 Our furry, feathered, finned, scaled and shelled animal friends may do more than bring us emotional comfort.

Owning a pet for over five years may help keep cognitive skills sharp as you age, according to a new study by researchers at the University of Florida, University of Michigan and Virginia Commonwealth University.

The researchers found that adults ages 50 or older who had owned any kind of pet for more than five years showed slower decline in verbal memory — being able to recall words, for example — over time compared to non-pet owners.

“We can’t show that this is causal but it does show that pets could buffer or have a protective effect on older adults’ cognition and we think it has to do with some of the mechanism related to stress buffering,” said Jennifer Applebaum, a doctoral candidate in sociology and National Institutes of Health predoctoral Fellow at the University of Florid. Applebaum is the lead author of the study.

Applebaum said the researchers are not recommending pet ownership as a therapeutic intervention. However, “an unwanted separation from a pet can be devastating for an owner and marginalized populations are most at-risk of these unwanted outcomes,” she said. “We do recommend that people who own pets be supported in keeping them via public policy and community partnerships.”

Among policies that could be considered: reducing or eliminating pet fees in rental housing, foster or boarding support during times of health crisis or other emergencies and free or low-cost veterinary care for low-income owners.

This is the first study to examine the impact of pet ownership over time on cognitive function among a national sample of U.S. adults ages 50 or older. The 1,300 people studied are participants in the Health and Retirement Study, a longitudinal survey that is tracking 20,000 adults in the U.S. to learn about aging-related issues.