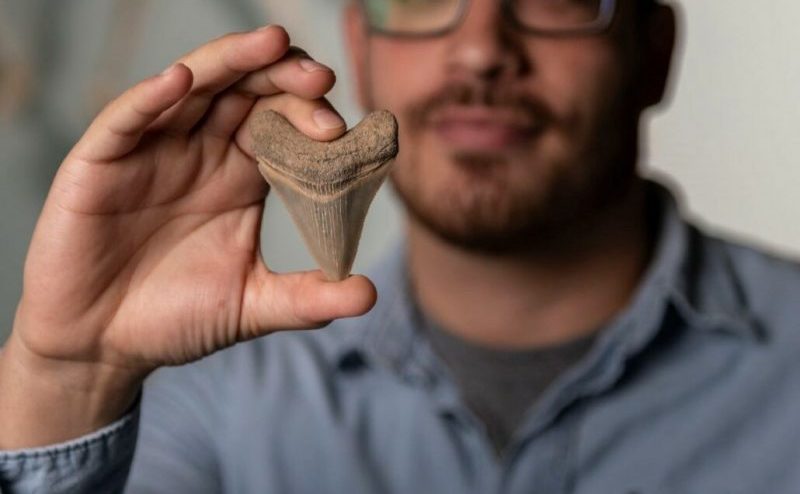 With the goal of recruiting more students to STEM and computer science careers, a team from the University of Florida’s Thompson Earth Systems Institute (TESI), the College of Education and the Herbert Wertheim College of Engineering will partner with the Calvert Marine Museum in Maryland on a three-year, $1.3 million project funded by the National Science Foundation to teach Florida middle school teachers and students how to use artificial intelligence (AI) to identify fossil shark teeth.

Using a branch of AI called “machine learning,” humans will teach computers how to use shape, color and texture to identify the teeth of the extinct giant shark megalodon.

Like dinosaurs, sharks are a charismatic group of animals that excite students, says Bruce MacFadden, director of TESI and one of the project’s principal investigators. As a hotspot for fossil shark teeth, Florida is the perfect location for this kind of program. Additionally, teachers will have access to the Florida Museum of Natural History’s collection of tens of thousands of shark specimens.

“Sharks are the hook to get them interested and, with their simple morphology, are easy specimens to identify using AI. Once we have the students’ attention, we will be able to work on how machine learning can help them answer other scientific questions,” said MacFadden, who is also a distinguished professor and paleontologist at the museum.

Students will first be tasked to make scientific observations of various tooth characteristics to feed into the computer algorithm. Once students teach the computer how to identify megalodon teeth, they will use the same method to identify other types of sharks’ teeth found along Florida’s beaches and river bottoms.

Co-principal investigator Victor Perez, a UF alumnus and an expert on extinct sharks such as megalodon, is now a paleontologist at the Calvert Marine Museum in Maryland.

“Using sharks as examples, we hope to dispel some of the myths that go along with AI, so that students can better understand possible careers around technology and computer science,” Perez said.