When hepatitis C treatments fail, patients can face major health risks and the expense of a second therapy. Now, University of Florida Health researchers have developed algorithms that use artificial intelligence to accurately predict when treatment won’t work.

The algorithms use machine learning, a type of artificial intelligence, to produce treatment-failure predictions that are more accurate than current statistical models, the researchers determined. Their findings were published recently in the journal Hepatology.

Successful hepatitis C treatment is an imperative for patient and payer alike, said Haesuk Park, Ph.D., a UF College of Pharmacy associate professor and the study’s lead researcher. The hepatitis C virus causes inflammation that can lead to serious liver damage. Treatment failure also has a large price tag: Two common generic hepatitis C antivirals had a list price of $24,000 when released in 2019.

“No one wants the treatment to fail, least of all the patient,” Park said. “We wanted to find a better way.” 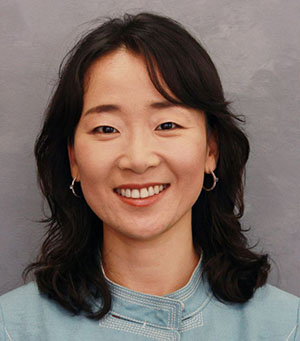 To establish their findings, Park and her colleagues developed four machine-learning algorithms to predict direct-acting antiviral treatment failure among hepatitis C patients. Nearly 5,000 patient samples from a national hepatitis C registry were used for algorithm training, a process that is used to “teach” the algorithms to make proper decisions. Another 1,631 patient samples were used to separately validate the algorithms’ effectiveness. Patients in the study were treated with one of seven oral hepatitis C medications between February 2014 and 2018.

The algorithms were developed and identified using 41 factors that put patients at risk for treatment failure, Park said. Some of the research was carried out with HiPerGator, the most powerful supercomputer in Florida and one of the world’s fastest supercomputers.

After developing and testing four common machine-learning algorithms, a technique known as gradient boosting machine, or GBM, was found to be the most accurate. All four of the machine-learning techniques outperformed multivariable logistic regression, the previously developed statistical technique for predicting treatment failure, the researchers determined.

GBM also stood out for its ability to identify the patients at highest risk of treatment failure and segment them into different risk groups. Identifying those risk groups may one day be valuable for physicians treating hepatitis C patients, the researchers noted.