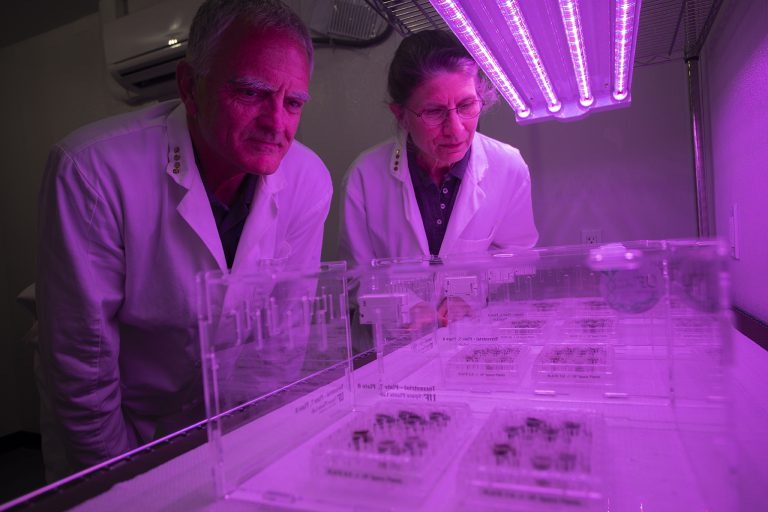 A first: Scientists grow plants in soil from the Moon

Scientists have grown plants in soil from the Moon, a first in human history and a milestone in lunar and space exploration.

In a new paper published in the journal “Communications Biology,” University of Florida researchers showed that plants can successfully sprout and grow in lunar soil. Their study also investigated how plants respond biologically to the Moon’s soil, also known as lunar regolith, which is radically different from soil found on Earth.

“Artemis will require a better understanding of how to grow plants in space,” said Rob Ferl, one of the study’s authors and a distinguished professor of horticultural sciences in the UF Institute of Food and Agricultural Sciences (UF/IFAS).This work is a first step toward one day growing plants for food and oxygen on the Moon or during space missions. More immediately, this research comes as the Artemis Program plans to return humans to the Moon.

Even in the early days of lunar exploration, plants played an important role, said Anna-Lisa Paul, also one of the study’s authors and a research professor of horticultural sciences in UF/IFAS.

“Plants helped establish that the soil samples brought back from the moon did not harbor pathogens or other unknown components that would harm terrestrial life, but those plants were only dusted with the lunar regolith and were never actually grown in it,” Paul said.

Paul and Ferl are internationally recognized experts in the study of plants in space. Through the UF Space Plants Lab, they have sent experiments on space shuttles, to the International Space Station and on suborbital flights. 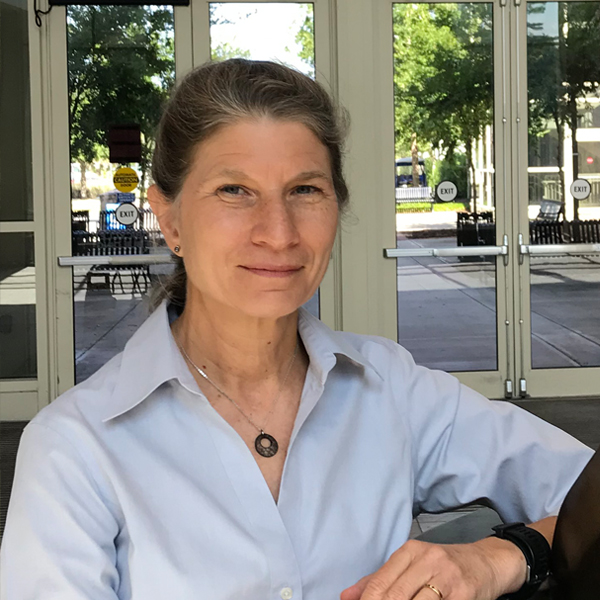 “Watching the development of the first plants to ever grow in extraterrestrial materials – Apollo lunar regolith – was  beyond amazing, and we are honored to be a part of the lunar exploration story. Our work makes a bridge between the early years of lunar exploration with the Apollo program and the future represented by the Artemis program. Artemis foresees exploration outposts where Astronauts spend extended time on the moon, and plants are envisioned as components of these habitats. While Rob Ferl and I had been preparing for this experiment for more than a decade, we have been actively working with the Apollo samples and the subsequent analyses for about the last year. In that year, ICBR has been working quietly in the background to help us with the analyses. We were not allowed to discuss the experiment while it was being conducted, so Yanping Zhang and David Moraga in Gene Expression and NextGen sequencing were unaware that the samples destined for RNA Sequencing were from the first plants to ever grow in extraterrestrial materials.  Tongjun Gu in Bioinformatics did not realize that the data she was analyzing represented transcriptomes from plants grown in regolith from three different sites on the moon – Apollo 11, Apollo 12 and Apollo 17. NASA likes to say “it takes a team to launch a dream”. I am profoundly grateful to the ICBR team for their support and excellence. You all bring that dedication to work every day, and help enable researchers to explore our world, and beyond.”

“For future, longer space missions, we may use the Moon as a hub or launching pad. It makes sense that we would want to use the soil that’s already there to grow plants,” Ferl said. “So, what happens when you grow plants in lunar soil, something that is totally outside of a plant’s evolutionary experience? What would plants do in a lunar greenhouse? Could we have lunar farmers?”

To begin to answer these questions, Ferl and Paul designed a deceptively simple experiment: plant seeds in lunar soil, add water, nutrients and light, and record the results.

The small amount of soil, not to mention its incalculable historical and scientific significance, meant that Paul and Ferl had to design a small scale, carefully choreographed experiment. To grow their tiny lunar garden, the researchers used thimble-sized wells in plastic plates normally used to culture cells. Each well functioned as a pot. Once they filled each “pot” with approximately a gram of lunar soil, the scientists moistened the soil with a nutrient solution and added a few seeds from the Arabidopsis plant.The complication: The scientists only had 12 grams — just a few teaspoons — of lunar soil with which to do this experiment. On loan from NASA, this soil was collected during the Apollo 11, 12 and 17 missions to the Moon. Paul and Ferl applied three times over the course of 11 years for a chance to work with the lunar regolith.