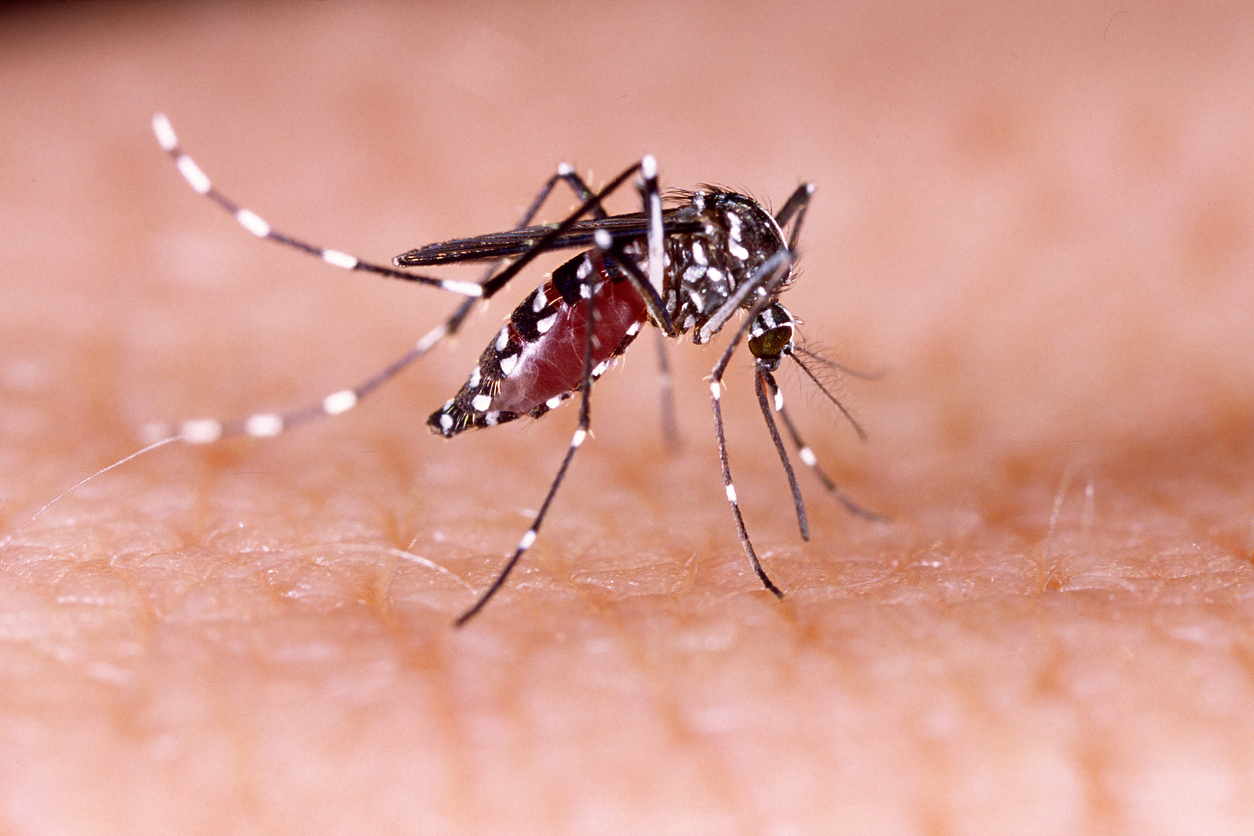 New research by a team of University of Florida investigators, and others, provides evidence that host immunity drives evolution of the dengue virus. The work, published Nov. 18 in Science, retrospectively analyzes two decades of dengue virus genetic variation from Thailand, alongside population-level measures of infection and immunity.

There are four types of dengue virus, and all four have co-circulated in Thailand since the early 1960s. This provides an opportunity to study how the viruses compete against each other for human hosts.

“We wanted to understand the ecology and evolution of dengue viruses circulating in one place over a long period of time,” says the study’s lead author, Leah Katzelnick, previously a post-doc in biology at the University of Florida and now Chief of Viral Epidemiology and Immunity Unit at the National Institute of Allergy and Infectious Diseases.

This scatter plot depicts the movement of antigenic distance within and between each DENV serotype. Yellow circles date to 1994, green to 2004, and purple to 2014.

“We want to understand if or how immunity is driving extinction or persistence of particular lineages of dengue virus circulating in this one place. To do that, we characterized the immune signature of dengue viruses isolated in Bangkok over a long period of time,” says Derek Cummings, senior author and professor of biology at UF.

The new study used 1,944 archival blood samples from Bangkok. The samples were preserved from people known to be ill with dengue and they represent all four dengue virus strains from every year between 1994 and 2014. The team genetically sequenced more than 2,000 virus samples.

The researchers then performed tests on a smaller subset of samples that represented a time series of each strain. From this, they then characterized the antigenic relationship of the strains to each other through time. Antigenic relationships characterize how well an immune response to one virus protects against other viruses.