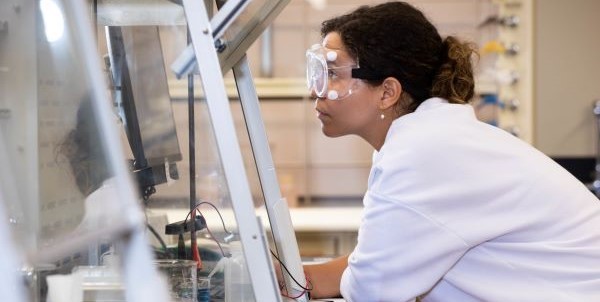 The goal of these semi-annual symposiums is to strengthen the communication among the researchers using HiPerGator, sparking collaborative ideas for research and discovery. This is the first time in the four years of the event that it has featured institutions other than UF.

HiPerGator is one of the most powerful supercomputers in the United States.

Research performed by Eleni Bozia, associate professor of classics and digital humanities in the Department of Classics at UF, focuses on mining Ancient Greek and Latin texts for descriptive words related to race, gender, religion, immigration status, sexual orientation and other distinguishable characteristics and analyzing each word’s connotation – whether positive, negative or neutral.

The purpose of this research is to further understand concepts of race, equality and inequality in these ancient cultures.

Bozia and her team need HiPerGator to scan these texts because one dictionary word can have eight to 100 different versions depending on the tense, person or context. There are millions of these descriptive words, which is far more than what can be analyzed by humans or even a normal computer.

Jayantha Obeysekera, director and research professor of the Sea Level Solutions Center in the Institute of Environment at FIU, plans to use AI to help solve one of Florida’s most pressing problems: sea level rise, which is projected to increase flooding in low-lying coastal communities.

His research looks at timely and cost-effective ways to predict the variability in flooding.

Obeysekera and his team are inputting factors into the supercomputer like sea levels, sea surface temperature, the Florida Current and winds to devise a model with the potential to predict flooding in hot spots like Miami Beach, the Florida Keys and eventually other flood-prone locations across the state.