Underbite regained: Species feared extinct is the only frog with true teeth on its lower jaw 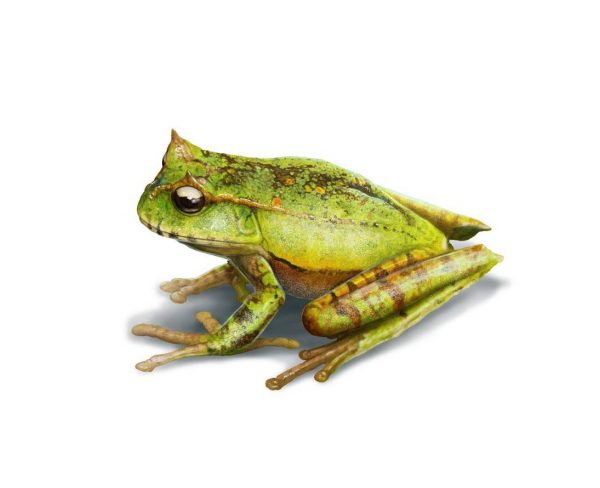 In a new study, biologists laid to rest a century-old debate by confirming that a single species of frog, out of the more than 7,000 living today, has true teeth on its lower jaw. The culprit, a large marsupial frog named Gastrotheca guentheri, has puzzled scientists since its discovery in 1882 for possessing what appeared to be a complete set of jagged, daggerlike teeth on the top and bottom of its mouth.

Scientists have since waffled over the exact nature of these structures. True teeth are composed of specific tissues, including dentin and enamel, which are notoriously difficult to observe in frog teeth due to their diminutive size.

“They’re incredibly small, each about the size of a grain of sand,” said lead author Daniel Paluh, a doctoral candidate in the University of Florida’s department of biology. “There’s no way to confirm the presence of dentin and enamel in frog teeth without using high-resolution techniques.” 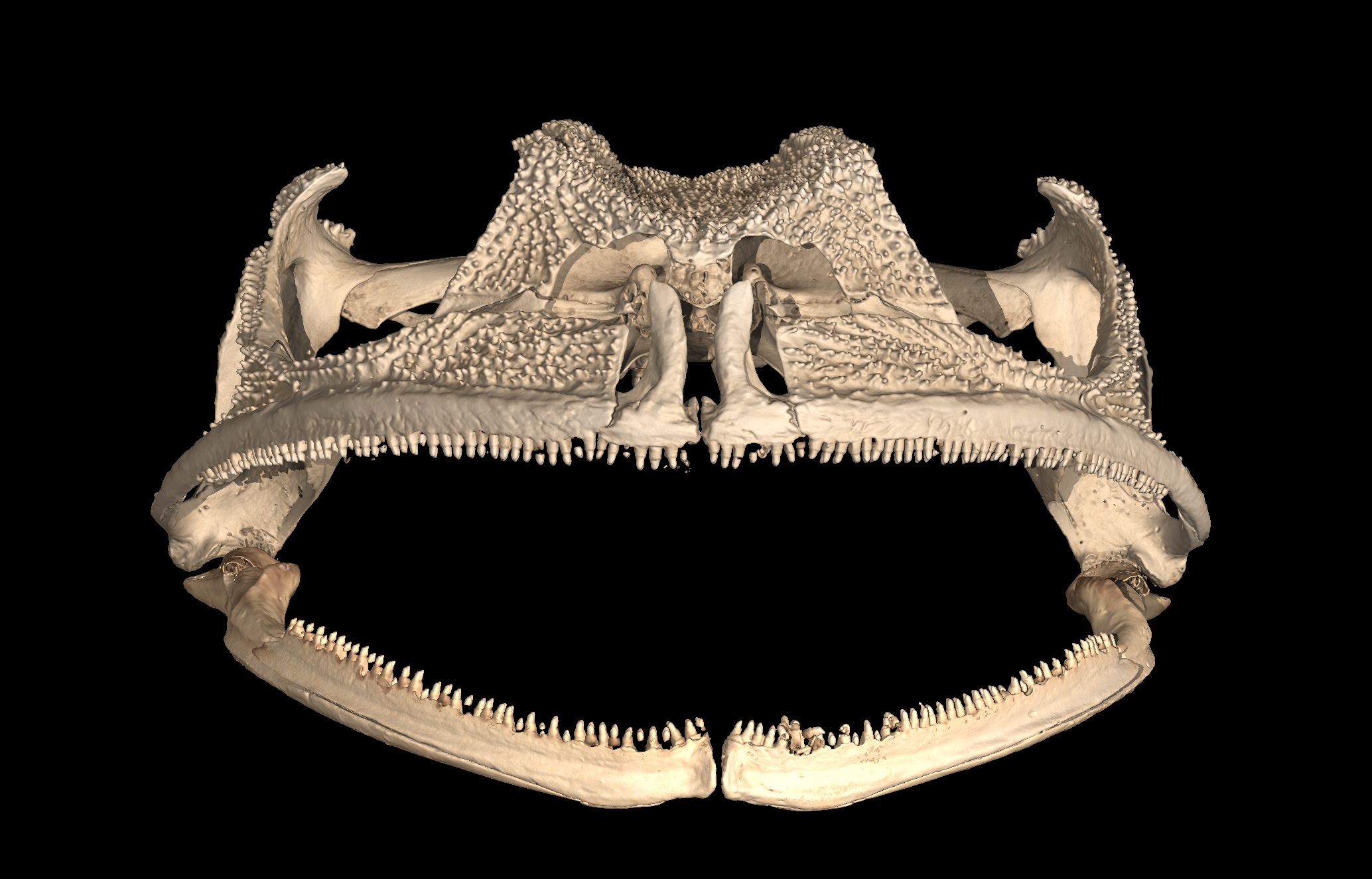 CT scans of Gastrotheca guentheri skulls revealed what appeared to be identical rows of teeth on both the upper and lower jaws, which researchers later confirmed through dissection. FLORIDA MUSEUM IMAGE BY DAN PALUH

Frogs have lacked teeth on their lower jaw since their first appearance in the fossil record more than 200 million years ago. A single living species with a full dentition thus seemed unlikely at best and contradicted a long-standing biological theory, called Dollo’s Law, which states that once a complex trait is lost in an organism, it never returns.

But frogs are known for flouting the rules when it comes to teeth. Although their basic body shape and anatomy have remained largely unchanged since the Jurassic period, Paluh and his colleagues recently determined that frogs have lost their teeth on more than 20 separate occasions and may have regained them an additional six times throughout their evolutionary history.

Dr. David Blackburn is a user in the Gene Expression & Genotyping core.