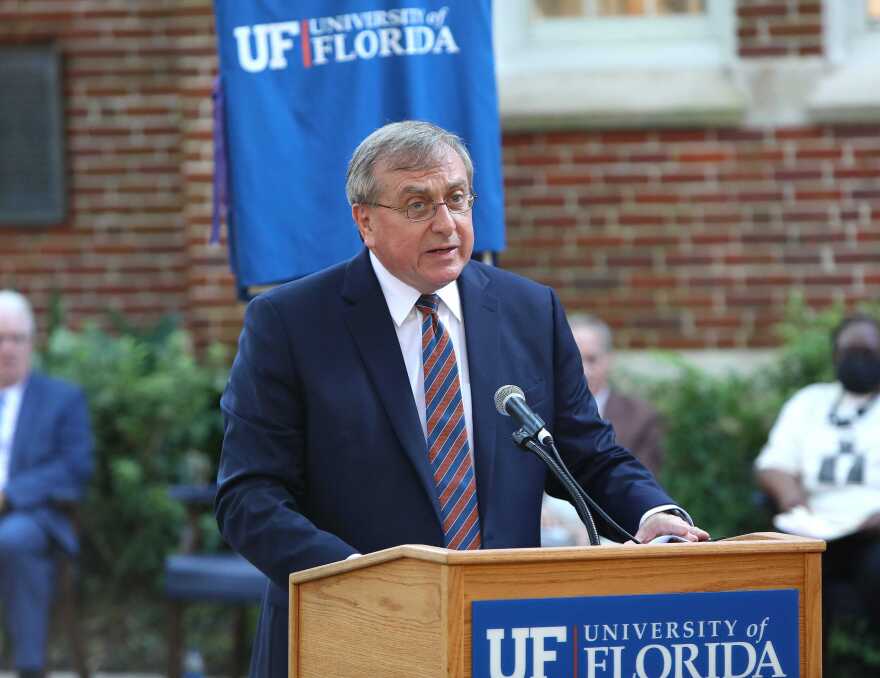 University of Florida President Kent Fuchs announced in a video released today that he is planning for this to be his last year as president, capping a tenure in which the university has joined the ranks of the nation’s very best public universities.

Fuchs, 67, is serving in his eighth year after becoming the university’s 12th president in January 2015.

Fuchs told UF Board of Trustees Chair Mori Hosseini in August 2021 that he would like to transition from president to professor. The two agreed that Fuchs would share his plans with the UF community in January 2022 and that he would continue to serve through the completion in fall 2022 of UF’s highly successful capital campaign and until the next president is appointed, which is expected to occur by early 2023.

“When I was appointed in 2014, I was asked to make three commitments to the Board of Trustees and the Board of Governors,” Fuchs said in the video. “First, that I would work to raise the stature of UF to be among the nation’s top 10 public universities. Second, that UF would launch and complete a $3 billion fundraising campaign. Third, that UF would not increase its tuition while I served as president. Those promises were made and those promises were kept.”

Fuchs said he has informed the trustees that after he leaves his position, he will take a sabbatical, then return to UF as a professor in his home department of electrical and computer engineering. There, he will join his colleagues in teaching and conducting research.