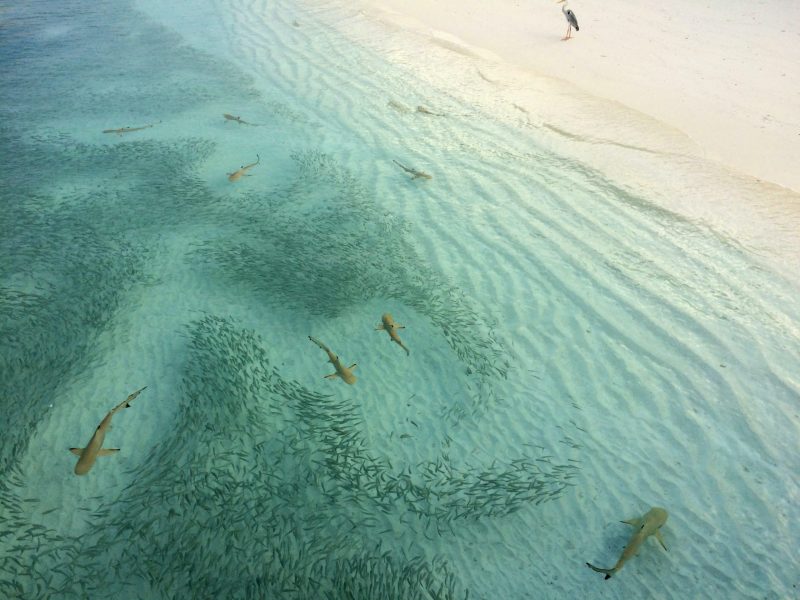 Are Shark Attacks on the Rise this Summer?

Based on news accounts, it may seem there are more shark sightings — and attacks — than usual along the northeastern shores of the United States, but a University of Florida shark expert says that’s a misleading perception.

“Every summer, stories about shark attacks tend to get amplified, which can generate the false idea that things are different this year,” said Gavin Naylor, director of the Florida Program for Shark Research at the Florida Museum of Natural History. “Globally, we’re on track for a very normal shark-bite year, with about 70-80 unprovoked around the world.”

Unprovoked shark bites have increased slightly over the last 30 years, but Naylor attributes that to the growing number of people enjoying recreational ocean activities.

“Sharks don’t target humans,” he said. “Nearly every bite is due to mistaken identity. Sharks can’t see very well, especially in murky water, and they are simply following food.”

Naylor said changes in local conditions can contribute to increased marine activity within a region. Long Island, New York, is one area that has experienced five non-fatal attacks within two weeks in July.

“I’m sure for people in New York, it can feel like there is an uptick in shark attacks, especially when several occur in rapid succession at their beaches,” he said. “Five unprovoked bites happening in an area is odd but not a trend and shouldn’t cause people to avoid beaches around the world.”

Naylor, who is also program director of the International Shark Attack Files, is in high demand by reporters this time of year as media fascination and high-rated shark week TV programming capture the country’s attention. Naylor sees the elevated interest as an opportunity to teach people about the fish he has studied for nearly three decades.

“People are interested in sharks because they like to be frightened,” he said. “If we can help the general public see that they are remarkable animals that have been here for 400 million years with intriguing qualities, like one species that can live as long as 400 years and another that can clone itself, then maybe they’ll be amazed and forget to be frightened.”…read more