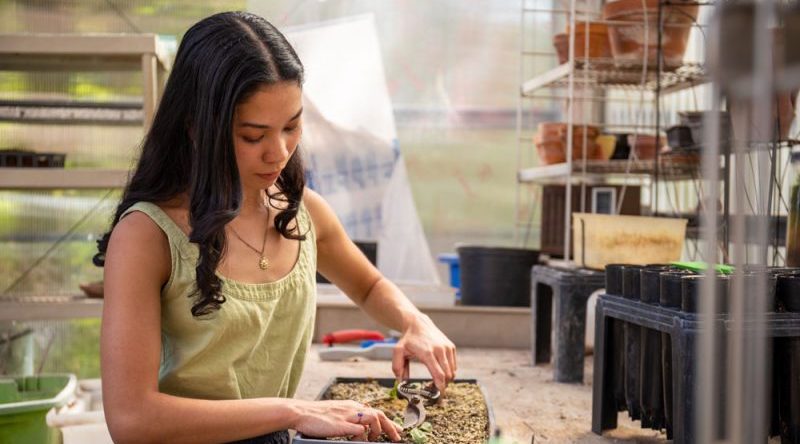 A new University of Florida study has found that a local plant, the tall elephant’s foot, can be pushy — which wasn’t previously known.

The research, conducted by mathematics and botany senior Camille Sicangco, has been accepted for publication in Current Biology and shows the plant exerts force on its own, not just in response to external forces such as climate and soil.

The plants — low growing from a center arrangement of leaves, known as a rosette — have greater leverage to push, according to the study. Findings may also apply to other low-hovering plants, such as aloe or agave.

To determine plant force, Sicangco transplanted more than 60 plants from a Gainesville savanna. Working with a team of engineers to invent a new method of measurement, they placed a cantilever — or structural element supported at only one end — at the tip of each leaf, photographed its placement, and measured the change after 24 hours. They found an average force change of 1.92 grams. In a separate part of the study, the team also found the plants could displace up to 20 ryegrass seedlings at a time, pushing them out of the way to secure space.